You're browsing the documentation for an old version of SupportPal. Consider upgrading to the latest version.

The trash view holds all tickets that have been deleted and allows them to be restored or permanently deleted. Trashed tickets are excluded from the majority of the system and should be restored if you want records to be visible in search results for example.

The trash can be found as the last filter in the ticket grid sidebar. This filter is fixed and cannot be removed. 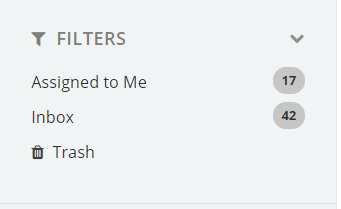 The following options are available on the ticket grid or while viewing a trashed ticket.